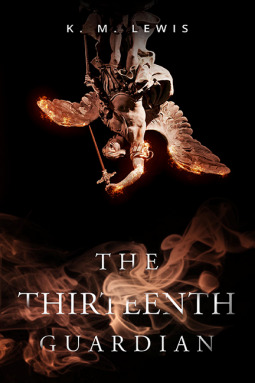 *Thanks to NetGalley and the publisher for sharing the e-book with me for my honest opinion!*

As the modern-day world suffers the cataclysmic effects of the “Plagues of Egypt”, Avery Fitzgerald, a statuesque Astrophysics major at Stanford, discovers that she is mysteriously bound to five strangers by an extremely rare condition that foremost medical experts cannot explain. Thrust into extraordinary circumstances, they race against time to stay alive as they are pursued by an age-old adversary and the world around them collapses into annihilation.   Under sacred oath, The Guardians—a far more archaic and enigmatic secret society than the Freemasons, Templars, and the Priory—protect Avery as she embarks on a daring quest that only legends of old have been on before. Avery must come to terms with the shocking realization that the blood of an ancient queen flows through her veins and that the fate of the world now rests on her shoulders.

This book has such an interesting plot! There are secret societies, an entirely different POV on religious texts and lore, and some – well seemingly not entirely scientifically accurate – cool speculations on Dooms Day. While the premise of this story is amazing, I wish the execution of and writing had been better.

Let me just say I live for end of days stories. Especially ones that involve history, science, and mythology. If you love movies and books like The Day After Tomorrow, National Treasure, or The Di Vinci Code, you may enjoy Book 1 in this trilogy. HOWEVER, I could have done without the *time travel* – it opens up way too many plot holes, and it didn’t seem necessary to an already interesting take on Adam & Eve, the plagues of Egypt, and even Atlantis. There’s a lot going on, and in this case focusing on one thing would make it a lot better.

I loved that one of the main secret societies is run solely by women, and that the big reveal at the end of the book has a lot to do with women and their strengths and abilities as humans. It’s a subtle nod to all the amazing work ladies do and the author got it right.

PREFACE: The characters aren’t horrible, but they could have been better. The story focuses on six MCs, all which have diverse and unique backgrounds, so it’s a great start. BUT, there isn’t much to their personalities, growth or evolution. I didn’t connect with any of them, and I wish that I could have been rooting for at least one of them in some way, shape ,or form.

This book would have been so much better if the writing style was just a bit different. Most of the conversations are like this: “Oh no. The World is ending. Something is wrong. We must hurry.”, and I really felt like there could have been so much more emotion in every aspect of this book. The world is ending! People don’t speak properly in conversation when there’s panic and terror. Use more contractions, add a bit more personality to these characters, maybe throw in a curse word here and there. I wanted my heart to race each time a new plague was hitting, but that extra “umph” was missing.

The premise of The Thirteenth Guardian has promise, but the writing and characters fall short. I was so interested in the plot, that I was willing to overlook the bland storytelling just so I could get to the big reveal, and I’m still intrigued enough to want to learn more in the sequel!

Will you be adding this book to your TBR when it’s released?

View all posts by readbydev